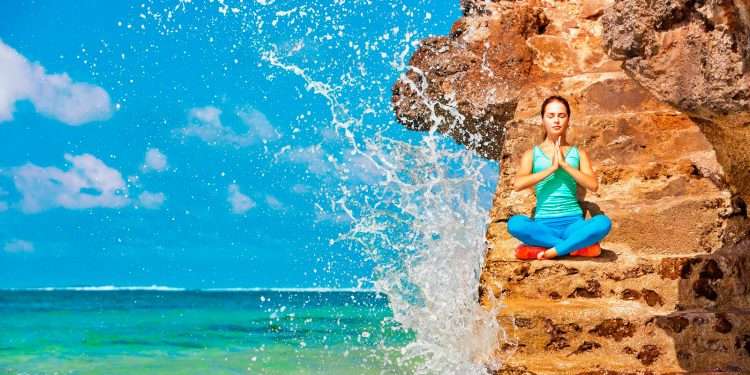 Yoga is not only a sport or modern way of being fit, but it also has deep and remarkable origins.

Besides the location where you practice it is as important as the Asanas you perform, then the beach is the best place to do it.

It is a spiritual discipline based which brings harmony between spirit, mind, and body.

Yoga comes from Sanskrit and it means “to join” or put together.

It also implies that the human being should be connected with nature. Since everything in the universe is part of the same quantum firmament.

If you fully understand this then you became considered as a yogi, getting the state of freedom known as nirvana.

With Yoga you get Self-realization, you overcome difficulties and get liberation (Moksha).

Even when Yoga is considered as a cultural product from Indus Saraswati Valley Civilization Since 2700 B.C. This discipline has its origins in the dawn of the evolution.

It existed before any religious system were set in any civilization.

It has proved itself supplying the material and spiritual needs of every human being. The human values are part of the real identity of Yoga Sadhana.

Shiva is considered as the first yogi or Adiyogi, and the first Guru or Adi Guru. He is also seen as the Lord of gods and is also Lord of the Divine Energy, the god of arts, meditation, time and destroyer of evil.

Seals and fossils state its origin in ancient India.

It was practiced under the guidance of a Guru and who was also a spiritual guide, considered of high importance.

Pranayama was a part of the daily ritual to offer sacrifice. However, Yoga was being practiced in the pre-Vedic period, when the Erudite Maharshi Patanjali structured and arranged the existing practices of Yoga.

After Patanjali, many Erudites and Yoga Masters contributed to the preservation and development of the field by documenting and teaching their practices in literature.

Yoga and Its Connection with Nature and especially the beach 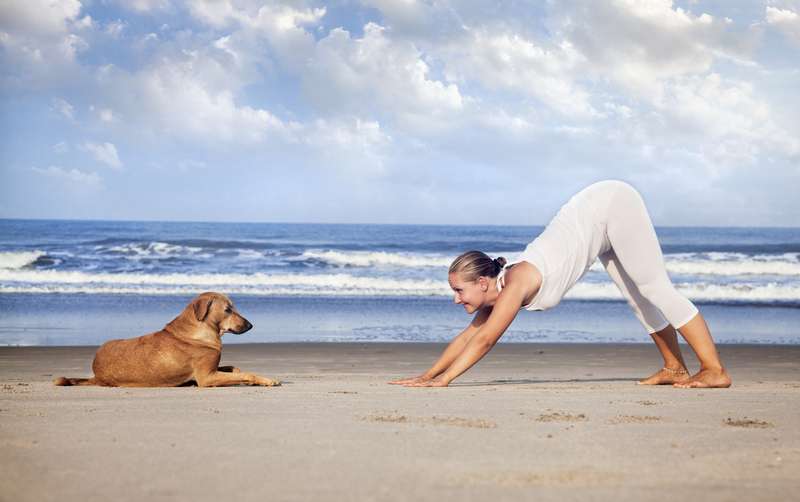 Yoga is connected with nature since it searches for the steadiness of energy or chakras which must be balanced in our bodies to be integrally healthy.

The Five Elements found in nature are extremely related to this discipline.

Water, fire, earth, wind, and space; all of them are found in nature.

Water is linked with your body fluids and especially with blood. It´s an adaptation, flow, and unselfishly.

It prevents illnesses not only related to blood and circulation but related to joints and bones.

Fire, it brings confidence and bravery; it is the energy of metabolism, movement, and creativity.

Wind, it influences your ability to act from a place of compassion, love, and jealousy which occurs when you are out of balance.

It also improves your communication skills to get better relationships and socialization.

The earth is calm, peace and quietness. It heals the bones, tissues and prevents infections.

Space or Ether is an element that contains all the other elements, it is a synonym of wisdom and knowledge.

The Beach: Source of Nature Elements 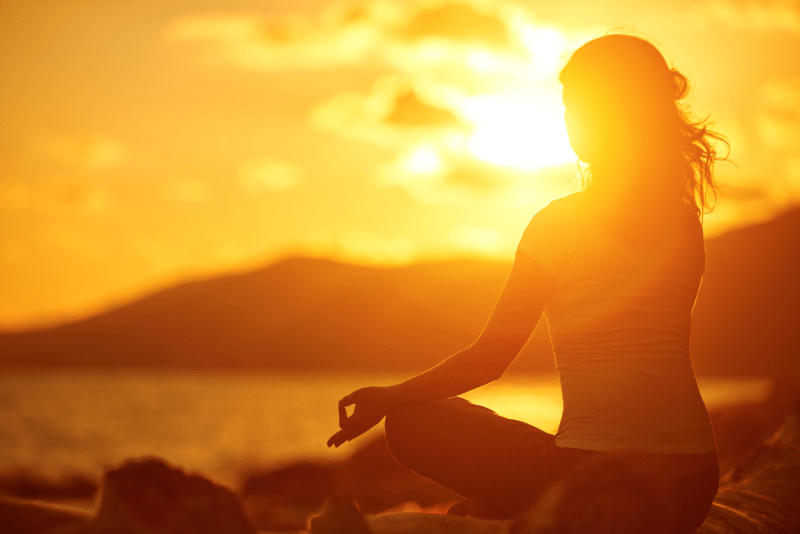 Practicing yoga at the beach is the best thing you can do, as it is easily seen you find every element of nature at the beach.

Wind at the sea breeze, water from the ocean, fire from the sun, earth; loose and warm in form of sand and space right in front of you every sunset and every clear night full of stars.

If you want to feel the real yoga experience at the beach come to Costa Rica and visit Perfect Sunset School in Playa Hermosa in Santa Teresa Puntarenas.