Learn How to Pronounce the “Despacito” Lyrics: Teach Your Mouth Spanish 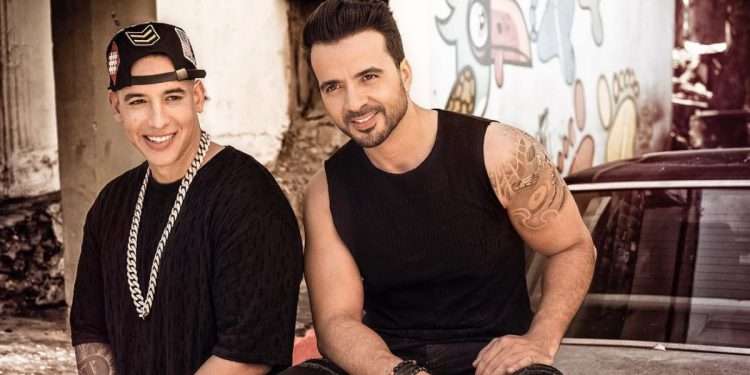 Teach My Mouth: How to Pronounce “Despacito” Lyrics and Improve Your Spanish

Just one little word is enough to get hips shaking all over the world.

In case you missed it, “Despacito” was a global phenomenon in the summer of 2017.

It smashed records and topped charts all over the world. The song has over 5 billion views on YouTube.

To say that it’s catchy is an understatement!

Even though it’s in Spanish, many people (native speakers or not) find themselves singing along.

And if you’re learning Spanish, “Decpacito” offers a special chance to fine-tune your Spanish speaking.

Let’s dive into the song and how you can work on your Spanish pronunciation as you sing along!

“Despacito” is performed by Puerto Rican singers Luis Fonsi and Daddy Yankee.The remix features Justin Bieber singing in both English and Spanish. Bieber was generally praised for his Spanish pronunciation in the recording. However, maybe you saw the video of him forgetting all the words while singing live and mumbling a bunch of gibberish.

Don’t be like Bieber: Learn the lyrics well before trying to sing along in public!

Although despacito means “slowly,” the lyrics actually go quite fast in some parts of the song, especially during the reggaeton section. Keeping up with Daddy Yankee in this genre—which is more or less Latin-influenced rap—can be a real challenge, especially for non-native speakers.

Repetition of these lyrics will help your mouth and your tongue learn the intricacies of the language, so that they become used to making the sounds and the words become effortless.

And once you understand how to shape your mouth around the particular sounds Spanish makes in the song, this knowledge will carry over into your actual Spanish speaking.

Plus, you can impress your friends with a sensual rendition of this hit. (Just make sure you know what you’re singing by checking out the English translation, first!)

Improved Spanish pronunciation and impressed friends—sounds good to us!

How to Pronounce “Despacito” Lyrics and Improve Your Spanish

First, refresh your memory of the song by listening to it again (you know you want to!):

Now, let’s move on to the pronunciation.

When pronouncing Spanish as an English speaker, it’s important to pay attention to certain subtle differences. Perfecting these can take your Spanish speaking to a more advanced level.

The basic vowel sounds of Spanish are:

Keep in mind that while the English examples given above are close to the sounds in Spanish, there are still some differences.

Vowel sounds in Spanish are shorter than those in English. Just try saying “snow.” You may notice your lips moving closer together as you reach the end of the word. This is precisely what should be avoided when you speak Spanish.

When you make vowel sounds in Spanish, your lips shouldn’t move. The sound is brief and doesn’t have the natural diphthong (combination of vowels) that English has without many speakers realizing it.

Just listen to the song’s title, “Despacito“ (Slowly) to hear four of the five vowel sounds pronounced quite clearly. Or watch SpanishPod101’s video for a breakdown of each sound.

Spanish has less pause between words than English does.

This means that when one word ends with the same sound as the beginning of the next word, they seem to blend together and sound like one word. This can be frustrating to Spanish learners since it makes it harder to pick out the words they know when listening to the language.

Just listen to these parts of the song to hear this in action:

The e sounds blend together so that the two words in each example seem to combine into one.

The same happens in this line:

Although in this case there are two different vowel sounds, they still lack a pause between the two words, so the two words sound like one.

Bom, bom: The consonants b and v

The consonants b and v are nearly indistinguishable in Spanish. However, they sound slightly different depending on where in a word they fall.

If either letter is used at the beginning of a word or phrase or after the letter m or n, the sound is like an English b but slightly softer.

In all other cases, the sound is pronounced like a b but without the lips coming together.

Both of these sounds are featured in the first few lines of the song:

(Yes, you know that I’ve been watching you for a while
I have to dance with you today
I saw that your gaze was calling me
Show me the way and I will go.)

Another example can be found here:

Notice that the second bom following the m of the previous word retains that harder sound.

For a very thorough explanation with examples (although entirely in Spanish), watch Catalina Moreno Escobar’s video on the topic.

Say the word “ready.” Make note of where your tongue sits: in the center of your mouth.

The r sound in Spanish differs not just from the sound in English, but also varies based on where in a word it appears.

The single r is actually more like a d sound in English, just a bit softer. The tip of the tongue should be on the roof of the mouth, forming a sound like in “shoddy.”

Within the song, this sound can be found in several places. Here’s one:

“Tú, tú eres el imán y yo soy el metal” (You, you are the magnet and I am the metal)

The r sound changes, however, when it’s at the beginning of a word or when it’s doubled into rr. In these cases, it becomes a rolled r that can be a challenge for some English speakers.

The trick is to place the tongue in the same position as the single r, then to force air out, causing the tongue to vibrate.

It can take a lot of practice, but don’t give up!

You can hear this rolled r in the following examples:

“Quiero ser tu ritmo” (I want to be your rhythm)

The pronunciation of ll is often compared to the English y. While this isn’t entirely false, it can vary based on region. Some Spanish speakers give the it a soft j sound as in “au jus.”

How strong the j sound is can vary not just by location, but by word and even by speaker. This is especially true within Puerto Rico, where pronunciation can change from town to town.

For an example, just listen to this line:

And then hear this one:

“Llevo tiempo intentándolo” (I’ve been trying it for a while)

In the first example you can hear the j sound more prominently, while the second sounds more like y.

If this leaves you more confused than ever, rest assured that you’ll generally be understood with either sound when you pronounce words with ll so don’t overthink it too much!

Pasito a pasito: The consonants p and t

The sounds p and t in Spanish are very much like their English counterparts. The main difference is that there’s less aspiration in them. In other words, they’re less breathy.

If you place your hand in front of your mouth when you make these sounds, you shouldn’t feel the same puff of air in Spanish as you do in English.

Try practicing with these lines:

“Pasito a pasito” (Step by step)

The d sound in Spanish is similarly less breathy than in English. In addition to that, its tongue position is also different.

If you say a word such as “day” in English, you’ll note that your tongue pushes up against the middle part of the roof of your mouth.

In Spanish, on the other hand, the tongue is further forward, against the back of the front teeth. Just listen to the title word, “despacito” (slowly) to hear it, or check out this line:

These letters shouldn’t be too much of a challenge for English speakers. All can be pronounced like an English s, although this is only true of c if it falls before an e or an i. (Otherwise the c is pronounced like a k.)

These sounds can be heard here:

Note that if you’re learning Spanish in Spain, you might hear a lisp on certain variations, but since our singers for this song are Puerto Rican, we don’t need to worry about that for today.

The main feature to listen for is that in Caribbean Spanish, including the Puerto Rican variety, speakers tend to drop the s sound completely in some places.

Listen to these lines:

“Todos mis sentidos“ (All of my senses)

“Nos vamos pegando” (We move closer to each other)

Something missing? Notice the s sounds that you don’t hear. (Note that in the first example, the s in mis is more audible since the next word begins with s as well!)

If you haven’t figured out yet from the lyrics included above, this song is hot, hot, hot! So use these tips to practice and then you can be suave, suavecito (smooth, sensual) with ease.