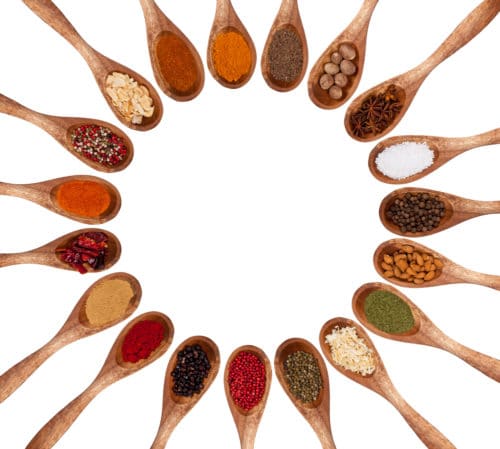 Is your Spanish getting a bit bland?

If so, then you need to add some spice to your speech!

And one of the best ways to add some spice and variety to your Spanish is to use some descriptive adjectives.

I know that some people get scared off when talking about grammar, but don’t worry—I’m here to help you out as you learn more about using descriptive adjectives in Spanish.

Put On Your Thinking Cap: Adjectives Are Important, and There Are Tons of Them

Speaking of being scared of grammar, did you know that the “Diccionario de la Real Academia Española” (The Dictionary of the Spanish Royal Academy—also known as the DRAE) contains around 24 thousand adjectives!? Yes, 24,000!

And did you know that dictionaries only contain the masculine singular form of adjectives?

There goes your dream of becoming fluent… not! Even Spanish native speakers don’t know the meaning of every word in the dictionary, yet they’re perfectly fluent, aren’t they?

Don’t let numbers build a wall between you and your objectives. Despite those stats, Spanish adjectives are easy to master, and you don’t have to learn every single form of an adjective in order to use it.

Besides, at this point you’ve possibly learned hundreds, if not thousands, of Spanish adjectives. The time has come, then, to learn more about them.

Today I’m going to tell you about that last group, the Spanish descriptive adjectives.

What Are Descriptive Adjectives?

But first, what on earth is a descriptive adjective?

Well, the answer to this question is rather simple: descriptive adjectives describe.

I can hear y’all now: “Wow, Franko! You’re such a fountain of knowledge!” My answer is, “Yes, I know.” But it really is that simple!

Demonstrative adjectives tell us, for example, about the location of the noun (este vaso – this glass) and its position in time (aquellos años – those years), while possessive adjectives are obviously the ones used when we talk about possessions (mi hermano – my brother, sus casas – their houses).

When it comes to descriptive adjectives, they can’t give us specific details about a noun’s location or its possessor. What they do tell us, however, is what the qualities the noun has. In other words, they allow us to describe the noun, to attach qualities to it.

So if I say coche amarillo (yellow car), you cannot possibly know, generally, where said car is, or who its owner is. However, you know what color it is, because I have just described it to you.

But for now, let’s just focus on descriptive adjectives.

I’ll try to give you as much information as possible about this kind of adjective. It may sound like an exaggeration, but descriptive adjectives can really add a kick to your speaking and writing skills.

It really makes a difference if you’re able to fully describe what you’re talking about. Not only will you feel more confident because you can “convert into words” everything that comes to your mind, but you’re also sure to impress more than just one person with your descriptive talent!

Believe me, descriptive adjectives can be very, very helpful. Before we go into detail, to set the scene, have a look at the following two sentences, and you’ll understand what I’m talking ’bout:

El niño corría cerca de la casa cuando vio al perro.
(The boy was running near the house when he saw the dog.)

Which one do you think is better at conveying a mental image?

Every student of Spanish learns at the very beginning of their journey that in Spanish everything has to “agree.” Determiners have to agree with their nouns, nouns with their adjectives, verbs with the subjects of the sentence, etc.

When it comes to adjectives and, specifically, descriptive adjectives, they must comply with two very important rules. These rules are:

1. They need to agree with the gender of the nouns they describe.

As you’ll see below, Spanish descriptive adjectives can have different endings. No matter their ending, though, you need to remember that the adjective has to agree with the gender of the noun it describes.

Imagine you want to describe a house (la casa in Spanish). You cannot say la casa es bonito, because casa is a feminine noun but bonito (pretty) is a masculine adjective. You need to change bonito to its feminine form, bonita, in order to be grammatically correct: la casa es bonita (the house is pretty).

2. They need to agree with the number of the nouns they describe.

In the same way, when you have a plural noun, you need to use an adjective in the plural form. But there’s one more thing you need to take into account here. Do you remember that adjectives can have up to four forms? Exactly! If the adjective has four forms, you need to choose the correct one so that it agrees with the noun not only in number, but also in gender (see rule number 1).

Let’s go back to our last example: la casa es bonita. If we transform this sentence into a plural one, we would have las casas son bonitas (the houses are beautiful), bonitas being a feminine, plural adjective just as casas is a feminine, plural noun.

I think we can agree that this is pretty understandable, but just in case you got a little lost, here are a few more examples. The first three examples (which are marked *) are incorrect. Try to guess why! The rest of the examples are perfectly grammatical:

So, have you guessed why the first three examples are incorrect? Let’s have a look:

el gato blanca* is incorrect because gato is masculine, but blanca is feminine. The correct answer would be el gato blanco (or la gata blanca).

la niña alto* is incorrect because niña is feminine, but alto is masculine. The correct answer would be la niña alta (or el niño alto).

Descriptive Adjectives and Their Position in the Sentence

If you’ve been learning Spanish for more than three months or so, by now you should know quite a lot about Spanish sentences and the position of different words in them.

There’s a golden rule when it comes to Spanish descriptive adjectives: you need to add them after the noun they refer to.

I know, it’s exactly the opposite in English, but don’t blame me! The rules are the rules!

Have a look at some examples:

However, there are two situations in which you’re allowed to add the adjective before the noun, like in English! Beware, though, because if you overuse this, you can be labeled as “pedantic” very easily.

Add a descriptive adjective before the noun when:

1. You want to be poetic and “literature-y”

Imagine you’re a writer, a poet, and you need that rhyme to make your verses perfect. No worries! Make a couple of inversions and add some adjectives in front of their nouns! So, if instead of writing “la mujer tierna me dio su mano hermosa,” you write “la tierna mujer me dio su hermosa mano” (the tender woman gave me her pretty hand), everybody will look at you and start exclaiming “¡Guau! ¡Qué artista!” (Wow! What an artist!)

2. You want to make very clear that what you’re saying or writing is your subjective opinion, and yours only!

However, remember this isn’t a natural way of speaking for a native, so the less you talk this way, the better.

Apart from these two situations, there’s another context in which you’re not only able to add the adjective before the noun, but you’re actually forced to do it sometimes.

See, there’s a small group of descriptive adjectives that can be added both before and after the noun. But be careful because depending on their position, their meaning can change!

Here are some examples. Pay attention to the changes in meaning:

You may be wondering now: “OK, this is all very easy, but what about a noun modified by more than one adjective? Where do I place all of them?”

Worry no more! This is one of those situations where Spanish is much easier than English. Just add the adjectives separated by commas before or after the noun (following the rules above), and write y (and) between the last two. And now the best part: we don’t have a specific adjective order in Spanish, so feel free to add them as they come to your mind! Have a look:

You now know a lot about Spanish descriptive adjectives and all the rules they follow, but are you wondering if there’s more to them? Well, yes, there is!

When it comes to adjective endings, Spanish descriptive adjectives fall into one of three main groups. Of course, you don’t have to memorize every adjective, the group they belong to and how they behave.

Instead, if you simply learn the main characteristics of each of these three groups, you’ll be able to classify any adjective right away—no kidding! Just keep on reading!

Adjectives ending in -o or -a

When you’re given the basic, masculine singular form of an adjective ending with -o, just change the ending to -a, -os or -as accordingly, depending on the gender and number of the noun it refers to:

Adjectives ending in -e or -ista

This second group of adjectives is much smaller than the first one, and it’s characterized by having only two forms (one for the singular and one for the plural). In this case, the adjective doesn’t change according to gender, but only according to number. Both masculine and feminine forms are exactly the same regardless of the gender of the noun:

Adjectives ending in a consonant

The last group includes all the adjectives that end in a consonant. It’s a big group, though nowhere near as big as the first one.

Adjectives ending in a consonant also have just two forms, one for the singular and one for the plural, so the same rules we had in the second group apply here:

There are only two exceptions in this third group. Adjectives ending in –ón and -or, even though they end in a consonant, have four forms (like we have in the first group). Just remember to add the endings -a, -es or -as to the masculine singular form, and you’ll be set:

Yes! Nationalities are adjectives, too! I could have perfectly well added them in the previous point and you wouldn’t have even noticed, but I want to make all the information as clear as possible.

I’m including them in a separate point because, like “normal” descriptive adjectives, nationality adjectives can have different endings too, and they can also be divided into three main groups:

Nationalities ending in -a or -o

​Like every -a/-o adjective, nationality adjectives with this ending have four forms. Easy!

Nationalities ending in a consonant

​Nationality adjectives ending in a consonant have four forms (masculine singular, feminine singular, masculine plural and feminine plural). Just remember to add (not change!) the endings ​-a, -es ​and –​as ​to the masculine form, and that’s it!

Nationalities ending in -a, -ense and -í​

Finally, there’s a very small group of nationality adjectives that have only two forms, one for the singular and one for the plural. Don’t worry too much, though, because this group is really small, plus you only have two forms to memorize.

And that’s all! Now you know everything you need to know in order to master Spanish descriptive adjectives and use them in your writing and speaking like there’s no tomorrow.

I hope you’ve enjoyed reading this post at least as much as I’ve enjoyed writing it.

Surfing – Have you considered coming for a Costa Rica surf camp?