Up with People! Spanish Adjectives for Describing Everyone Around You 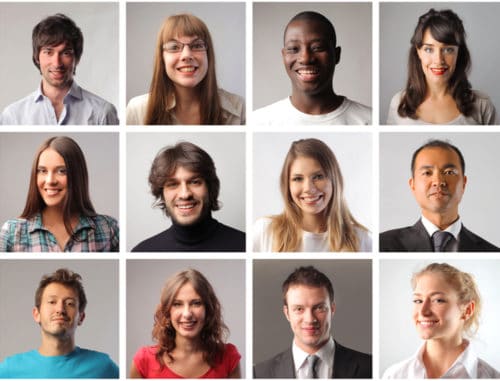 Up with People! Spanish Adjectives for Describing Everyone Around You! Costa Rica language!

See that guy over there?

The tall, handsome one with that friendly look on his face?

Did I make you turn? Did you glance over your shoulder for someone who isn’t—or if you’re lucky, maybe he is!—actually over there?

Even if you didn’t turn, you still probably used those bits of information to form a mental picture of what the imaginary guy looks like, right?

I bet you did. You see, everyone can be described. You, me—even the make-believe guy.

And all it takes is just a few well-placed descriptive words to get the job done.

Those colorful, almost magical words are called adjectives and when you use them to describe people, they turn boring to bold with just a few words, adding flair to any conversation.

Let’s take a look at this useful bit language and figure out how best to incorporate adjectives for people into your Spanish writing and conversation. We’ll then set you up with some go-to descriptive words and phrases so you’ll be able to describe anyone so well their own mothers will applaud you!

Improve Your People Skills with Spanish Adjectives for Describing People

What exactly are adjectives and how are they used?

As I hinted at in the intro, adjectives are words that describe or identify nouns or pronouns.

In Spanish they need to “agree” with the noun they describe (also called “modify”) in both number and gender. Also, remember that adjectives go after nouns in both written and spoken Spanish (well, most of the time they do).

For example, if the noun being described is masculine, the adjective will be masculine. El chico (the boy) is masculine so if you want to say he’s tímido (shy), you’ll say El chico es tímido (The boy is shy).

If you’re referring to a group of girls and want to make that same observation, it would be Las chicas son tímidas (The girls are shy) because the noun and adjective are both feminine and plural.

Adjectives can describe physical appearance, personality or behavior—and can quickly liven things up! Once you get the hang of peppering your descriptions with a few fabulous adjectives, you’ll be able to say goodbye to ho-hum conversations!

Hone your skills and gather useful adjectives to build vocabulary

There are lots of ways to build a dynamite vocabulary of adjectives to describe people. Let’s face it: the bigger your vocabulary, the more fluid your speech, reading and writing skills will be. It’s a good idea to make a conscious effort to pull as many descriptive adjectives as possible into your Spanish skill set.

Remember, adjectives are part of those grammar lessons that some of us really aren’t crazy about. But whether or not we like them, they’re important. Fortunately, there are tutorials that help demystify not only adjective usage but other issues as well. If you’ve got some time, take a peek and elevate your grammar proficiency.

If you fall in love with adjectives (don’t laugh—they do have a certain appeal!) there are additional sources for finding some cool ones. The free SpanishDict app puts adjectives right at your fingertips. And when you’re going for full-on, heavy-hitting descriptions, try some advanced adjectives. After all that, if you’re still looking for the perfect adjective to describe someone, keep at it! There’s an adjective to describe everything, so don’t give up until you find the perfect one!

How to use these lists

A helpful trick is to learn an adjective and its opposite at the same time. Doing so is a good way to start incorporating descriptive words into your vocabulary, so the first list is organized by opposite pairs.

Lookin’ Good! Some Useful Adjectives to Describe a Person’s Appearance

Adjectives are very useful when you’re pointing out or referring to someone. They make it simple to identify a person keep them from blending into a crowd. Just add an adjective or two, and you’ve added a dimension that sets that person apart from the rest.

You should note that in many cases, Spanish adjectives can seem more “direct” than their English equivalents, especially adjectives about physical characteristics. For example, if you call someone “fat” in English, you’re probably looking for trouble. But in Spanish it’s stated more as a matter of fact, and it can even be used as a term of endearment! So if you hear someone being described based on their skin color, weight or age, try to take it in stride and chalk it up to cultural and linguistic differences.

Some common physical description adjectives for people include:

Los tenderos son todos rubios. (The shopkeepers are all blond.)

These adjectives to describe physical characteristics will get you started, but don’t stop here. Try a few more to make your descriptions of people come across in vivid detail!

Not Just Another Face in the Crowd: Describing a Person’s Personality

We’re all unique, especially when it comes to our personalities. Although personality traits are mostly internal, they’re usually reflected through a person’s behavior, so the traits can be observed and therefore described.

As we all know, personality can run a full spectrum and there’s not always an opposite for every word here, so this list is alphabetized to make it easier to use.

Try these adjectives to describe personality traits that are often easily observable:

La cantante era demasiado ruidosa. (The singer was too loud.)

Oh, Behave! Behavior Can Be Described, Too

Behavior is how people act and since it’s not hidden, it’s prime adjective territory. When trying to describe a person’s behavior, keep in mind that there are as many adjectives as there are behaviors—and both lists are huge!

This time, let’s go from the more agreeable personality traits to the lesser ones. Let’s hope you won’t need to use too many of the ones at the end of the list, though!

Here are some common behavior traits that can be identified and described:

¡El comerciante es demasiado hablador!
(The shopkeeper is too talkative!)

¡No debería ser tan grosero! (He shouldn’t be so rude!)

It’s All in the Details!

Without adjectives to ramp up our descriptions, we’d all look, sound and seem the same. Imagine it: a world without details! How dull!

The details make adjectives so wonderfully useful and make friends, family, strangers—and even ourselves!—look infinitely more interesting. Matching the right adjective to a person is almost a game—a fun, intriguing and endless game.

Ratchet up your Spanish with adjectives that describe the people you know—and those you don’t—to sound like you were born speaking the language. Let everyone around you see the good, the bad and maybe even the ugly in the people you point out—your friends will appreciate your powers of description!