Teach Yourself Spanish: 10 Tips to Get You Started 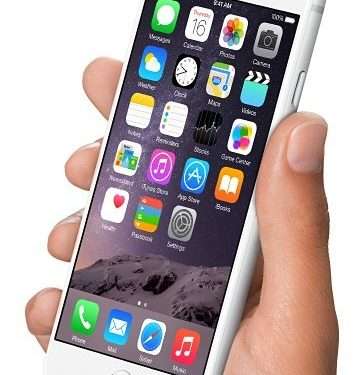 After four years of high school Engligh, I was able to describe my neighbor as a neolibera, New York fanatic…

So when I decided to learn Spanish, I took a different approach.

I made up my mind to steer clear of formal education programs.

I wanted to see if I could do a better job of teaching myself.

Within five months I was reading my daily news in Spanish, within eight months I was watching Spanish films without subtitles, and within a year I had made my first friend speaking only Spanish.

Why Teach Yourself Spanish?

The more important question to ask yourself is why you want to learn Spanish. This motivation will guide you through some of the important choices in designing your program of Spanish study. If you’re primarily interested in visiting a Spanish-speaking country, it will be a good use of your time to practice understanding that country’s accent and perhaps learn to speak in that accent as well. If reading complex works of literature is your goal, your time will be better spent studying literary vocabulary.

So here are the strategies I used to teach myself Spanish, presented more or less in order of difficulty.

1. Learn the basics of Spanish grammar

Learning a language involves understanding its grammar, building a working vocabulary, adding a light dusting of idioms and profanities and then putting it all together. Grammar is the scaffolding of a language. It is also the most technical aspect of language learning. Unfortunately, unless you are an infant or toddler, you’re unlikely to be able to pick up Spanish grammar with the natural ease with which you learned your first language. Fortunately, Spanish generally has very simple grammar, and the basic tenses (present, future and preterit) can be grasped in a day or two.

2. Keep a Spanish notebook and translate words throughout the day

Ten new vocabulary words per day is sometime quoted as a realistic target; however, the worst possible way to go about his would be to arbitrarily pick 10 common words, put them on a list, and spend 20 minutes trying to force them into your long term memory. Instead, translate new Spanish words during idle moments in your day. If you have internet, just check our Daily Spanish Word and you will see how many Spanish words you will learn.

Creating memorable visual associations is one way to commit new vocabulary to memory at the start. (For example, you might remember that cabeza means “head” by imagining a taxicab full of bees swarming around the taxi driver’s head.) Translating words continuously throughout the day has a similar memory-hacking effect, in that it taps into the much more powerful visual memory. Instead of needing to remember a cab full of bees, you can remember whose head you saw that prompted you to translate the word.

Many of these podcasts are targeted at Spanish language learners, meaning they contain simple vocabulary, spoken slowly and clearly. This is a great way to get started with Spanish comprehension, before moving on to more complex forms of comprehension.

4. Find Spanish songs you like and sing along with printed lyrics

Spanish music is enormously diverse, including salsa, tango, reggaeton, banda, as well as variations on common Western musical styles such as rock, rap, pop etc. There should be something to suit all musical tastes. Once you’ve found a favorite song, find the lyrics and try to sing along.

Spanish music will fit into one of your key areas of mental down-time: exercise time. You probably won’t want to listen to podcasts while running, walking your dog or lifting weights. But you might find a reggaeton playlist is just the thing to keep you motivated during your weekly run.

5. Watch “The Simpsons” in Spanish

What child of the 80s or 90s could not be fluent in three languages if they had devoted every half hour of watching “The Simpsons” to more more worthy pursuits instead? The good news for Simpsons fans is that your accumulated knowledge is useful for something. Watching “The Simpsons” in Spanish I was surprised at just how much of the episodes I remembered. I suspect up to 10% of my memory may be occupied by old episodes of “The Simpsons”.

If Spanish is your first foreign language, one important obstacle for you will be getting used to the feeling of comprehension. Remembering the basic content of old Simpsons episodes gives you the impression of understanding more, which is a great confidence booster.

There are more than 460 million Spanish speakers in the world. You can be sure there is at least one near you. You can find your Spanish speaker in any number of places. Many universities run language exchanges for their international students, which are often open to non-students. Other places to look are classified sites such as Craigslist and Gumtree.

Practicing Spanish by talking to a Spanish speaker will be the single most important part of your study program. The experience of conjugating verbs and recalling vocabulary as part of a flowing conversation will extend your abilities and improve your comprehension. Your Spanish conversation partner will be able to point out mistakes as you make them, as well as teach you idioms and slang.

7. Read the news in Spanish

Newspapers and news websites are a great place to start reading Spanish, because they tend to use simple language as well as a fairly restricted vocabulary. Starting the day by reading the news in Spanish is also a great way to fit in the 20-30 minutes of Spanish practice that will be your bread and butter as a self-taught student.

Spanish films are a great way to build your vocabulary while improving your comprehension. Borrow a film per week from your local video store or public library. Turn on the Spanish subtitles and use these as an aid to your comprehension. Try to get used to hearing the words as they appear on the screen, and feel free to pause and translate unfamiliar phrases.

Watching films in Spanish is also a great way to improve your knowledge of regional accents while sampling different Spanish-speaking cultures. Thankfully, two of the countries with the clearest Spanish accents, Mexico and Spain, are also the most prolific producers of Spanish language features.

9. Change the language settings on your devices to Spanish

Most modern electronic devices support a range of languages. Spanish is sure to be among these. Changing the default settings on your phone, laptop, ebook reader, game console etc. to Spanish is a great way to incorporate a range of common vocabulary into your day. Meanwhile, the necessity of interacting with a program, or better yet a video game, in Spanish will give you a sense of what it is like to live in a Spanish-speaking country.

10. Go to a Spanish-speaking country

After following all these steps for several months to a year, you’ll probably find your progress reaches a plateau. You might start to feel like you’re not learning anything new, or even that you’re going backwards. The good news is that this means you’re ready to take the next big step in your study of Spanish: going to a Spanish-speaking country.

You can visit us and learn Spanish in Costa Rica. Perfect Sunset School give you the oportunity to be in touch with local people.

When you’re living in a Spanish speaking country almost everything you do is an opportunity to practice comprehension and communication. You will be shocked first at how much vocabulary there is left to learn, and second at how quickly you improve. You will return from your holiday with the confidence to call yourself a true Spanish speaker.