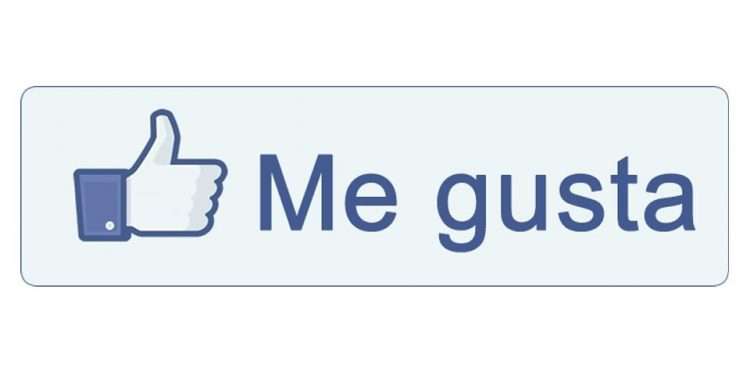 Spanish speakers like things with as much intensity as English speakers.

Only they express their likes… a bit differently.

Me gustan las películas de terror. (I like horror movies.)

Do you see any difference in the construction between the Spanish and English versions?

I will not spoil the surprise yet. Take a moment to analyze both sentences and reach your own conclusions.

Later on in this post, I will reveal the answer and all will become clear.

But do not read on yet! First, write down what you think the difference is and then keep reading the post normally.

We can now move onward and learn how to use the Spanish verb gusar in all its peculiar glory!

How to Use Gustar Correctly in Spanish

On the Meaning of Gustar

If you look up the verb gustar in a dictionary, you will get translations such as “to like,” “to taste,” “to enjoy” and “to be pleasing,” among others.

At first glance, you might not notice anything weird. You may assume that you are dealing with yet another normal, boring regular Spanish verb and start building sentences like these (the symbol * means the sentence is grammatically incorrect):

Las chicas gustan mi perro.* (The girls like my dog.)

But as you can see, the normal way of building sentences (subject + verb + object) does not seem to work with this verb. Something must be wrong, and we need to find out what it is.

What we know already is that gustar means “to like” and that we have a grammatically correct sentence in the introduction. Let’s take a closer look at it:

Me gustan las películas de terror. (I like horror movies.)

We have me, which must mean “me” in English. Then we have gustan (to like, third person plural). And finally, we have las películas de terror (horror movies, also plural). Does this mean it is the horror movies who do the liking? No, it does not. That would be impossible! But I think we are getting closer…

Let’s do an experiment and scramble the words a little bit:

Wow! The sentence does not have an asterisk, so it is still grammatically correct!

How can we translate the sentence so that it makes sense in English? We can try the four translations we got from the dictionary (to like, to taste, to enjoy and to be pleasing):

“Horror movies enjoy me.” (Not there yet.)

“Horror movies please me.” (Hmmm… I like this one!)

“Horror movies are pleasing to me.” (You got it!)

It turns out the literal meaning of gustar is “to be pleasing”!

Now it is clear why the original sentence had a verb in the third person plural. Movies are pleasing to me!

Cool! Now you can understand exactly what Spanish-speaking people mean when they describe the things they like.

But there is a bit more to this verb that you will have to learn before you can use it correctly. Let’s find out more about how to use gustar!

Using gustar changes the word order of the sentence.

Ok, so we know if we really want to have a literal translation of a Spanish sentence with gustar, the closest English version will say that something is pleasing to someone. But that is not the only difference we can observe between both sentences.

Allow me to give you another example:

Nos gustan los fuegos artificiales. (Fireworks are pleasing to us, or We like fireworks.)

Let’s start by stating the obvious: the Spanish sentence seems to be backwards! If we translate the sentence as “Fireworks are pleasing to me,” the Spanish version has the fireworks at the end, not at the beginning.

The reason is that gustar is, as you may already have seen, a very weird Spanish verb…

The word order we are so used to (subject + verb + object) gets completely crazy when gustar is being used, turning the sentence into the following structure: object + verb + subject.

We could even put the subject in front and get subject + object + verb.

Gustar just loves to spice things up so that we do not get bored, I guess…

So while in English, “We like fireworks” keeps the SVO order, Spanish changes to OVS.

In a sense, these two constructions are quite similar, but different at the same time:

The subject “I” is equivalent to the object Me.

Both verbs remain in the second position.

The object “fireworks” is equivalent to the subject los fuegos artificiales.

So we are not that far, I may say.

The conjugation of gustar depends on the thing being liked.

Gustar triggers this weird behavior in the sentence, moving the subject to the end and bringing the object to the front.

In case you got lost there, let me give you a couple of examples:

Me gusta la pizza. (Pizza is pleasing to me, or I like pizza — la pizza is a singular noun, so the verb is singular. Keep in mind that verbs do not distinguish gender in Spanish, so it does not matter if the noun is masculine or feminine.)

Me gustan los libros. (Books are pleasing to me, or I like books — los libros is a plural noun, so the verb is conjugated accordingly.)

What does all this mean?

It means that unlike “to like,” which is conjugated normally for every person, gustar will only have two possible forms (gusta, gustan), depending on whether the subject is singular or plural, respectively.

The final difference we can see between English and Spanish is the object of the sentences.

Nos gustan las películas románticas. (Romantic movies are pleasing to us. To whom? To us — IO.)

The next section covers this more in depth.

Spanish Indirect Objects and Their Connection to Gustar

We already know the English “to like” requires a direct object while Spanish gustar needs an indirect one, but this should not worry you too much.

The only thing you really have to remember is that when using gustar, the indirect object comes first. You do not even have to take into account what you are liking or the conjugation of gustar! Just add the appropriate indirect object and forget about it.

And you do not even have to include the words in parenthesis if you do not feel like it!

It is really not that difficult to remember to start your Spanish gustar sentences with the indirect object. It may take a little bit to get used to it, but once you have done it a couple of times, it will come out naturally.

Here are a couple of extra examples to get you started:

It is very important that you remember to transform the English subject into the indirect object of the Spanish sentence if you do not want to sound weird, as you will see in the next section.

Me Gusta vs. Me Gusto

At the beginning of this post, I told you that you are not allowed to conjugate the verb gustar as if it were a normal verb. This is not entirely true.

You can indeed conjugate it in every person. Have a look:

But as you can see, it takes the form of a reflexive verb. What does this imply?

Simply put, if you say me gusto you are saying you like yourself. That might make people think that you are a little bit conceited, no?

Spanish speakers are very aware of this and they generally do not use gustar as a reflexive verb unless they really need to, like in the following examples:

Si nos gustamos tanto, ¿por qué no estamos juntos? (If we like each other so much, why are we not together?)

Juan es muy creído. Se gusta demasiado. (Juan is very conceited. He likes himself too much.)

Me gusto más cuando estoy contigo. (I like myself better when I am with you.)

After so many years teaching Spanish, I am very used to it because I know what they are trying to do is to copycat the structure of English. Thanks to this post, you now have all the necessary tools to avoid this mistake, which may sound cute the first time but can get you into trouble if it repeats over time.

Gustar can be a great help to express what you like and dislike. Learn how to use it correctly and your Spanish-speaking friends will be amazed!

Remember to always write the indirect object first. The rest is just a walk in the park.

1 Day at a Time: 7 Spanish Word of the Day Resources to Build Your Vocabulary