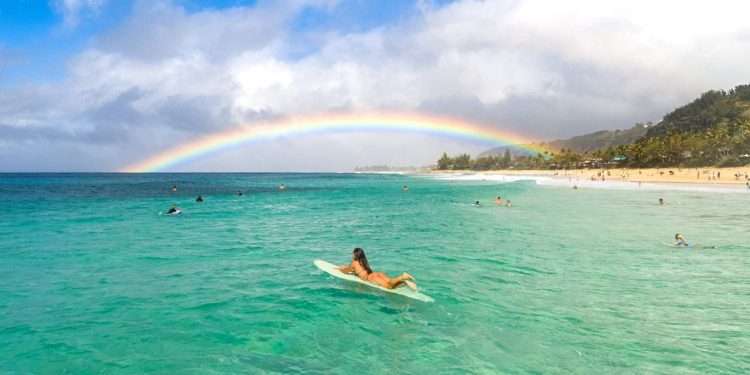 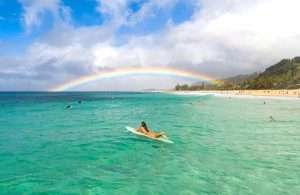 Way back in 2005, Surfrider and Surfing Magazine (RIP) put their heads together and figured, even though the world calendar is chock full of holidays, what it really needed was a day devoted to celebrating the ocean and all things surf, so, just like that, they created International Surfing Day.

For the everyday surfer it’s so easy to be cynical about earnest, feel-good festivities like International Surfing Day, but this is a celebration coming at a great time. Surfrider slapped a “Protect and Enjoy” theme on this year’s ISD and, boy can the ocean use that protection. There’s been a ton of bad news about plastic pollution recently, and that’s not likely to get better soon. ISD, thankfully, spurs a whole ton of beach cleanup days, and, hopefully, also a ton of self-reflection both personally, and in the surf industry, which could certainly improve things like plastic usage in packaging and transportation.

Wanna get involved locally? There’s a map on this page right here with beach cleanups and general good vibe surf meetups. Here in our Surf school in Costa Rica we do a lot to take care our nature! When you come to Costa Rica to our surf acamedy you will learn a lot and ejoy with us! Our Surf camp in Costa Rica  loves the ocean!

Then there’s also the frankly terrifying news this week about how fast Antarctica’s glaciers are melting. Three times faster than they were just a decade ago, a speeding up that has climate scientists understandably fretting. The cause is warming oceans, not so much a warming climate, which ain’t great news. As you’d imagine, sea level rise will skyrocket as Antarctica melts, which will transform every single surf break on the planet. I’ll say that again: As sea ice melts and sea levels rise, every surf break on earth will be affected.

This is a big, important deal. World Oceans Day came and went last week with nary a pip in most surf media outlets, as did news about Antarctica and plastic pollution in the seas. Mainstream media is all over this. It’s puzzling that surf media would often rather cover inane surf industry gossip than hard-hitting stories about devastating changes to our oceans, but, pollution ain’t sexy I suppose.

Which is why International Surfing Day is awesome. It’s a day to celebrate the thing we’ve slavishly built our lives around, while, hopefully, making time to clean something up, spread the word about pollution, chip in a bit of cash to a non-profit fighting for your ocean.

Surfrider has cleaned up more than 20 tons of garbage since ISD was first kicked off back in ’05. Over one million people have gotten off the couch and pitched in to help. That one little idea Surfrider and Surfing Mag had more than a decade ago has had a huge impact. Sometimes the little things can, especially when we all do the little things together.

Go out and enjoy International Surfing Day. You can visit our surf camp for begginers and intermediate surfers in Costa Rica and help nature at the same time.

And remember to give something back to the ocean that’s given us so much.

No Hay Falla: 8 Nicaraguan Spanish Terms to Fit In with the Locals