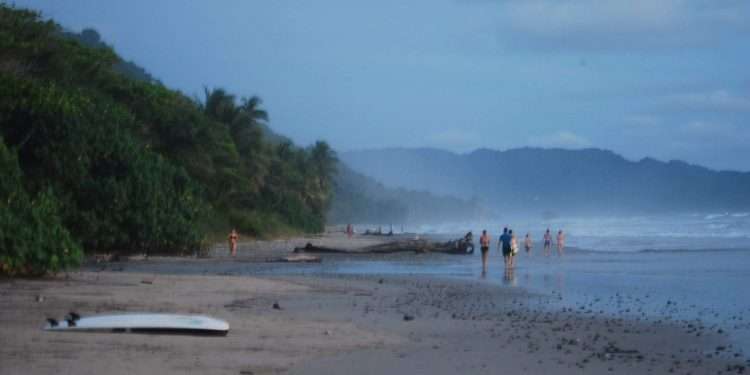 What if you could combine that awesome getaway with some fresh Spanish learning abroad?

Imagine jetting off to a Spanish-speaking country and finally taking that class that propels your learning beyond basic phrases.

You’d get to sharpen your fluency, all while exploring local culture, hitting the beach and even going surfing and dancing at night!

Doesn’t quite sound realistic? Well, the good news is, you can also take a Spanish immersion course while remaining right at home.

Sure, there are many ways to become fluent in Spanish through self-study without leaving your apartment, but language immersion remains a tried-and-true method to learn Spanish quickly.

Have you dreamed of speaking Spanish like a native speaker? A summary of research on immersion shows that children who learn a second language in an immersion environment tend to demonstrate higher levels of proficiency in that language and often learn to speak it confidently and successfully.

The even better news is that this also translates to adult learning. A recent study demonstrated that adults who learned a language in an immersion environment processed the language more like native speakers than those who learned the new language in a traditional classroom environment.

In a traditional classroom setting, it can be easy for even the most motivated student to revert back to their first language. When you’re in an immersion classroom, often your only option is to speak in Spanish! If you’re in a Spanish-speaking country, this will translate to the outside world as well.

The locals around you will speak Spanish as their first language, and you’ll be surrounded by Spanish TV shows, radio stations and magazines. You may even be able to arrange a homestay and live with a family who talks in Spanish with you.

3. You’ll learn from your peers, as well as teachers.

Classes that don’t use immersion use the teacher as a focal point, and you’ll spend most of the time learning vocabulary, grammar and writing. With immersion, your entire classroom—and any Spanish speaking you do outside of class—will become important.

Immersion classes involve a significant amount of time practicing conversation with your peers. The teacher may be listening in and correcting you, but you and your peers will also be assisting each other in learning the new language. The result is a classroom experience that’s varied and fun!

Your Spanish teachers will likely be local, native speakers who will teach you idioms, appropriate slang and cultural norms in their home country. You’ll not only have a richer learning experience this way, you’re also more likely to remember what you’ve learned when you can tie it into its cultural significance.

If you’re learning in your home city, your course will still most likely also cover Spanish culture, and you can bring a bit of Spanish culture into your own home through activities such as cooking Spanish food.

4 Things to Consider When Choosing a Spanish Immersion Course

1. What is your current level of Spanish?

While students of all levels will benefit from full immersion, those who already know at least a little Spanish will have the easiest time at the beginning.

2. How intensive do you want your program to be?

Spanish immersion programs vary greatly in how intensive they are. The most intensive will be entirely in Spanish, and may include hours of classes, activities in Spanish and homestays with families who don’t speak any English.

A very light program, on the other hand, may be focused on tourism in English with a small number of Spanish immersion classes. Intensive classes will be more work, while a lighter load will seem easier and create more of a vacation environment. However, you won’t learn Spanish as quickly in a program that involves more English.

3. Do you prefer a general or specialized immersion program?

The majority of Spanish immersion programs are general, meaning that you’ll learn basic, everyday conversational Spanish. However, it’s also possible to learn Spanish specialized to your profession or interest.

4. Would you like an immersion program abroad or close to home?

Traditionally, immersion courses happen in places where the language is native for most residents, but it’s also possible to find Spanish immersion classes in countries such as the U.S. and Canada. This is especially the case if you live in an area with a large number of Spanish-speaking immigrants.

Spanish immersion courses abroad come with the advantage of it being easier to immerse yourself in the language, because everyone around you is speaking it. That said, not everyone has the time, resources or interest to go abroad, and local immersion programs can be an excellent alternative.

If there aren’t programs in your area, you can even take immersion classes online. Online programs bring the same interactive benefits as being in a physical classroom. You can speak live to teachers, participate in conversation and group activities with classmates and even sometimes take part in online live Spanish workshops. You’ll get fluent in Spanish without leaving your house!

10 WAYS TO IMPROVE YOUR SURFING!

What Does “Boludo” Mean and Why Is It so Incredibly Vital to Know in Argentina?

What Does "Boludo" Mean and Why Is It so Incredibly Vital to Know in Argentina?