9 Great Resources to Learn Spanish Through the News 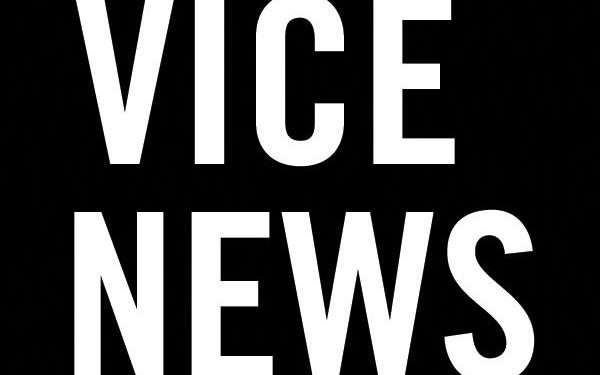 Learning Spanish shouldn’t be a chore.

One of the keys to successfully learning Spanish is finding ways to combine your passions with your language practice.

For example, if you like movies, you can learn Spanish with classic Argentine movies.

Or if you like music, popular Spanish songs are a no-brainer.

And if you’re a news addict, learning Spanish through the news (or Spanish podcasts) is a perfect addition to your Spanish study routine.

How do you know if you’re a news addict? Do find yourself refreshing the BBC homepage multiple times per hour? Do you get the shakes at the idea of being the last one to know about a major world event? Do you have multiple favorite world leaders? These are all signs of a serious news habit.

Other Reasons to Learn Spanish with the News

Another important key to learning Spanish is regular practice.

If you always start your day with a dose of news over breakfast or coffee, or finish it by watching the nightly news over dinner, you have a guaranteed half-hour language learning slot just waiting to be filled with Spanish news.

News is a great way to build useful vocabulary. Unlike works of fiction or even films, the vocabulary used in news is highly formulaic, meaning you won’t have to worry that learning the words for basket-weaving (cestería) or windshield wipers (limpiaparabrisas) will fill up valuable Spanish vocabulary space in your brain.

This gives you more opportunities to learn individual words, as well as confidence that the words you do learn will be useful. For those who aren’t super interested in the news, this list includes a few alternatives that break with the serious, detached approach to journalism of mainstream media companies.

Tips for Learning Spanish Through the News

Learning Spanish through the news is not difficult.

Beginner Spanish learners may want to start with a news website that offers both English and Spanish versions of major news stories, such as El País or the Miami Herald (Nuevo Herald).

Some simple tips to get the most out of your practice include: setting yourself a target of at least one article per day, keeping a notebook with the words you translate each day, and revising this notebook after each news reading session, and again at the end of each week.

The most important thing is to find a news source that actually interests you. You don’t have to be addicted to world news to get something out of reading Spanish news.

There are 460 million Spanish speakers in the world. With a market that large, you can be sure there is a Spanish language publication for every interest. There are Spanish motor magazines, fashion magazines, celebrity gossip magazines, there’s even a Spanish magazine for train enthusiasts (Revista Tren if you’re interested).

Best of all, there is absolutely no reason to worry about highbrow content. In fact, when you’re starting out, the lower the brow of your content the better. Simple vocabulary and short sentences are exactly what you want to aim for as a beginner.

For best results, combine reading and listening comprehension through print and TV or radio news. You may want to try summarizing news articles in a few short (Spanish) sentences after you’ve finished them. This gives you an opportunity to reinforce the vocabulary you’ve just learned, while practicing your Spanish grammar and sentence structure.

If, however, you find this technique turns your reading practice into such a chore that you find yourself making excuses to avoid it, deséchalo (throw it out)!

We’re aiming for quantity and the surest route to quantity is maintaining your continued interest.

9 Great Resources for Learning Spanish with the News

Google News’ Spanish Service aggregates content from news media around the world into a scrolling list of articles organized according to theme. The site includes a variety of customization options to increase or decrease the presence of a certain media provider, region, or theme, in your news feed.

El País is a major metropolitan daily paper based in Madrid, Spain. The site offers three portals – Spain, America (including Latin America), and Brazil (coverage in Portuguese) – which filter content according to region. The coverage is of an excellent quality. El País also offers an English portal with translations of a small selection of articles featured on the main page. This makes it a good option for beginning Spanish learners, as these articles can provide a good first step into Spanish news.

News in Slow Spanish is the definitive resource for beginning Spanish learners who wish to improve their comprehension. The two hosts go over a selection of news items from the past week at approximately three-quarters of normal reading speed. This may sound strange, but for intermediate students of Spanish this little bit of extra time is all that is needed to dramatically boost comprehension.

Radiotelevisión Española is Spain’s national public broadcaster. RTVE’s a la carta (on the menu) service allows viewers from all around the world to select from its programming list. This includes a variety of news and current affairs programs such as Informe Semanal and the Telediarios. This is probably the best option for those of you who prefer to watch a solid half hour of news over dinner every night.

The website of the Australian Special Broadcasting Service includes content in Spanish in a variety of formats. These include: print news in Spanish, as well as a collection of short news radio programs focusing on Australian and international news. For Australian viewers, SBS also offers an on-demand viewer for their daily, 1 hour Spanish TV news. Alternative News Sources

You don’t always have to read serious news! Football is a huge part of the culture all across the Spanish-speaking world. If you’re learning Spanish to talk to Spanish people, you’re going to need to learn how to talk about football. You can filter your results by country and by region, if you’re interested in travelling to a particular region, or are already a fan of a Spanish team.

Juxtapoz is an arts and culture magazine with its origins in the lowbrow art scene of 1990s Southern California. Juxtapoz’s Spanish language edition continues to feature lowbrow and alternative art forms such as street art and poster art; however its focus is more international, with a great deal of art from Spanish and Latin American artists. If you’re passionate about art, Juxatpoz is the perfect way to introduce yourself to the art scene in the Spanish speaking world.

Vogue is the most prominent publication in fashion. The Spanish edition of Vogue was started only a few years after its American counterpart, and is every bit an equal in the depth and quality of its coverage. This includes coverage in a variety of media, including short videos. This makes it a good mixed-media platform for those looking to increase their listening, as well as reading, comprehension.

Vice publishes three Spanish editions: Spain, Mexico and Colombia, though there is substantial content overlap between the three. The editions feature Vice’s distinctive style of journalism: focusing on marginal characters and themes, and many stories written with a Gonzo approach to journalistic immersion. Vice has recently moved into covering major news stories; however, the approach of their journalists is unlike mainstream news media, and may be very popular among people who don’t find major news providers appealing.

The Simplest of the Simple: The 5 Fundamentals of Spanish Sentences