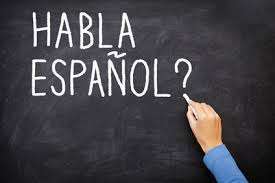 1. Spanish is spoken by 500 million people with a growing trend that will reach 600 million speakers by 2050. –Source: Instituto Cervantes

2. Spanish was the diplomatic language up to the 18th century. –Source: BBC

3. There have been 11 Literature Nobel Prizes in Spanish:

4. Spanish is the second most studied language in the world. In 2010, the number of people studying Spanish as a second language was more than 20 million. In three generations, 10% of the world population will be able to communicate in Spanish. –Source: Instituto Cervantes

5. There are more than 40,000 words and conjugations in Spanish with all 5 vowels. They are called panvocálicas or pentavocálicas. But curiously, neither of these two terms are defined in the Royal Spanish Academy Dictionary (DRAE).

6. After Latin, the language that has had the biggest influence on Spanish is Arabic. Today, the foreign language exerting the most influence is English.

7. Mexico contains the largest population of Spanish speakers with 114 million followed by the United States with 50 million. –Source: Wikipedia

8. One language with two names. Some countries use the term español and others prefer to use castellano to refer to Spanish. –Source: Wikipedia

9. In 2005, the National Congress of Brazil approved a bill, signed into law by the President, making Spanish language teaching mandatory in both public and private secondary schools in Brazil. –Source: Wikipedia

11. Las Glosas Emilianenses (Glosses of Saint Emilianus) was the first written Spanish record dating back to 964. It is the first known document, consisting of notes in both Spanish and Basque in the margins of a religious manuscript in Latin. The first literary work fully written in Spanish was El Cantar del Mio Cid, an anonymous poem from the 12th century. –Source: BBC

12. Spanish is the official language of 22 countries and the second largest native language in the world, the second language used for international communication and the third most used language on the Internet. –Source: Wikipedia and Instituto Cervantes